With Simplified Due Diligence set to change, innovation-driven companies like Paybase may offer the best solution

At present, EU firms are able to use SDD on customers that are deemed to have a low enough level of risk associated to them. This allows firms to postpone verifying a customer’s identity until their level of risk changes (as they make updates to their customer information or use of product). Critically, SDD is currently not limited by a threshold of any kind for many EEA countries. There are no thresholds on transactions, topping-up eWallets, withdrawals or any other financial operations. As stated in the Fourth Money Laundering Directive (4MLD) guidelines: “Where a Member State or an obliged entity identifies areas of lower risk, that Member State may allow obliged entities to apply simplified customer due diligence measures.”

However, the European Banking Authority (EBA) are planning to change this. The EBA have stated that in terms of SDD, European firms may only postpone “the verification of the customer’s or beneficial owner’s identity to a certain later date after the establishment of the relationship or until a certain (low) monetary threshold is exceeded (whichever occurs first).” It goes on to say that the monetary threshold should not exceed €250 if the product can be used in other jurisdictions or for cross-border transactions, or €500 if it can be used only domestically.

Put simply, even for customers that are considered to carry the lowest risk, further Due Diligence would have to be applied once these thresholds had been hit. Countries are able to interpret directives in different ways, meaning firms may choose to stick with their own nationally implemented legislation of 4MLD. However, they will not be able to operate within countries that have adopted the EBA guidelines, causing significant challenges for cross-border businesses.

The Electronic Money Association (EMA) has raised concerns over this decision, as it fears the change in regulation will be detrimental to the success of eMoney businesses. A summary of the key arguments made by the EMA is found below: 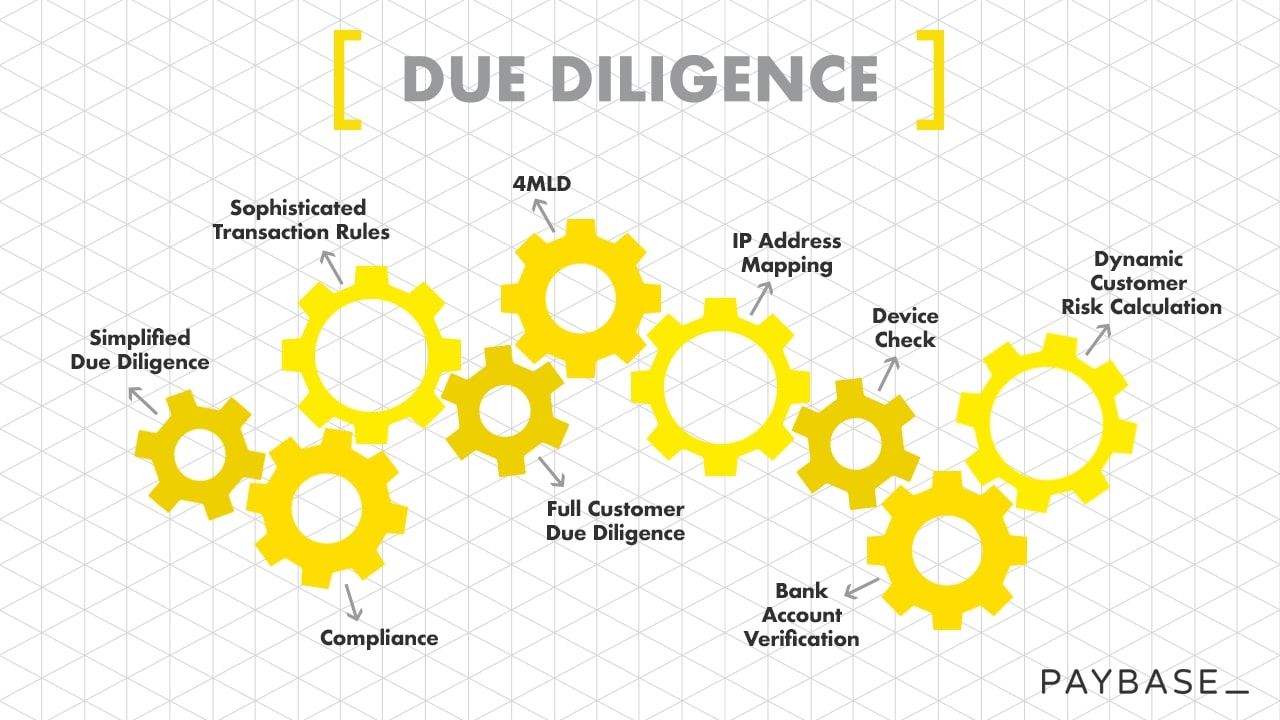 However, whilst there are definitely grounds for thinking that the proposed thresholds are incompatible with the directive, fighting to continue with the status quo may not be the most progressive solution.

Along with the request to remove the new thresholds, the EMA is currently in discussions with the EBA as to how firms can verify customers using innovation, as opposed to the traditional identity and address verification documents. Paybase has always maintained a tech-first, innovation-driven approach and is currently using, or is exploring to use, the following methods:

These are just a selection of innovation-driven methods sent to the EBA as potential alternatives to using thresholds in SDD. Whilst discussions between the organisations are still ongoing, the EBA have stated that using methods such as these may actually amount to full Customer Due Diligence.

If the EBA upholds its high valuation of these methods, the matter of the thresholds being removed or not becomes somewhat irrelevant for innovation-driven businesses such as Paybase. Our customers won’t have to worry about expanding into Europe and can benefit from an increased level of Due Diligence on their customers and merchants. This is at no extra cost, with nothing additional required from them.

Due Diligence, however, is only one area of compliance in which we are using innovative technology. Our custom-built Logic Engine allows us to create risk-management rules for our customers that are appropriate for their business. If they are a marketplace, they may wish to block transactions over £200 for users that have joined within the past 24 hours, but permit transactions over £500 for more established users, for example.

Similarly, they may decide to block card details that are linked to another user or prevent the same address being added more than twice. Whatever the rules, we work with our customers to create a risk management framework that is akin to their business model. Through this, we are maintaining the original holistic approach to risk that was encouraged in 4MLD.

Paybase supports the EMA in its approach towards the potential new thresholds and hopes that they are removed from the EBA’s guidance. That being said, we also note that an innovation-driven approach to compliance allows you to not only ensure that your customers are covered when regulations are inevitably updated, but offer them so much more.

In October 2019, our Risk Suite was awarded the Outstanding New Product Award by the Tackling Economic Crime Awards (TECAs). Our Head of Compliance, Rachel Coote, accepted the award at the ceremony in London. TECAs is an independent organisation loo...

Escrow is one of the most popular payment features to appear in the platform economy. It is becoming increasingly well-utilised as awareness of the instrument grows. Escrow accounts are a great tool to safeguard transactions and payments technology...

Read moreRead more
The A to Z of crypto jargon

FUD, HODL, dApps and more - what does it all mean? There’s a lot of jargon in the cryptocurrency industry, and it’s difficult to make head and tail of it all. We’ve compiled a comprehensive list of terms, early pioneers of the crypto industry and acr...

Speak with one of our team to understand how we can help develop a better payment solution just for you.

Stay in the loop_

Subscribe to our mailing list to receive our popular monthly newsletter, hear the latest news from our Founders Workshop and a collection of articles, news and product updates directly into your inbox.

Why choose usWhat we offerHow we do it

Who is it for?

About us
Get in touchLogin

Paybase Limited is authorised by the Financial Conduct Authority under the Electronic Money Regulations 2011 (FRN: EMD/900524/SF)